Why Build a House in Utah? 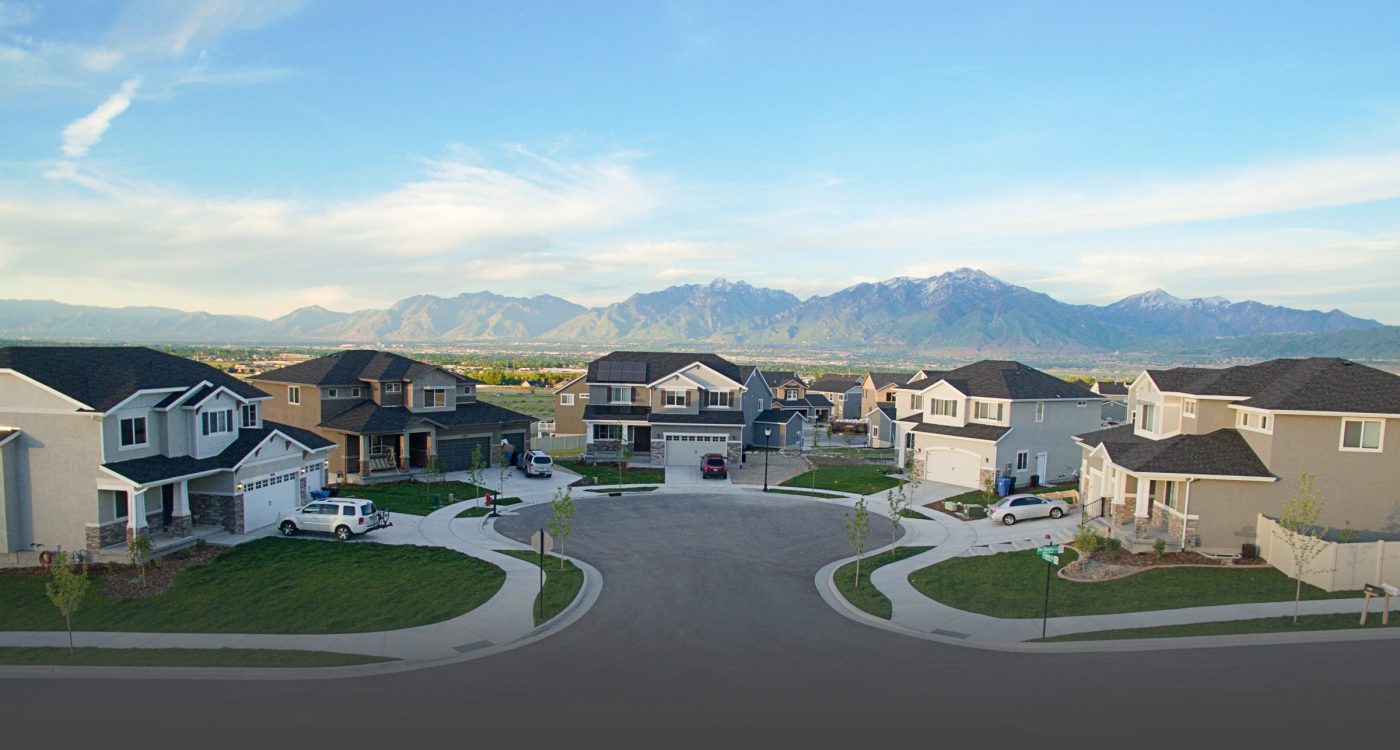 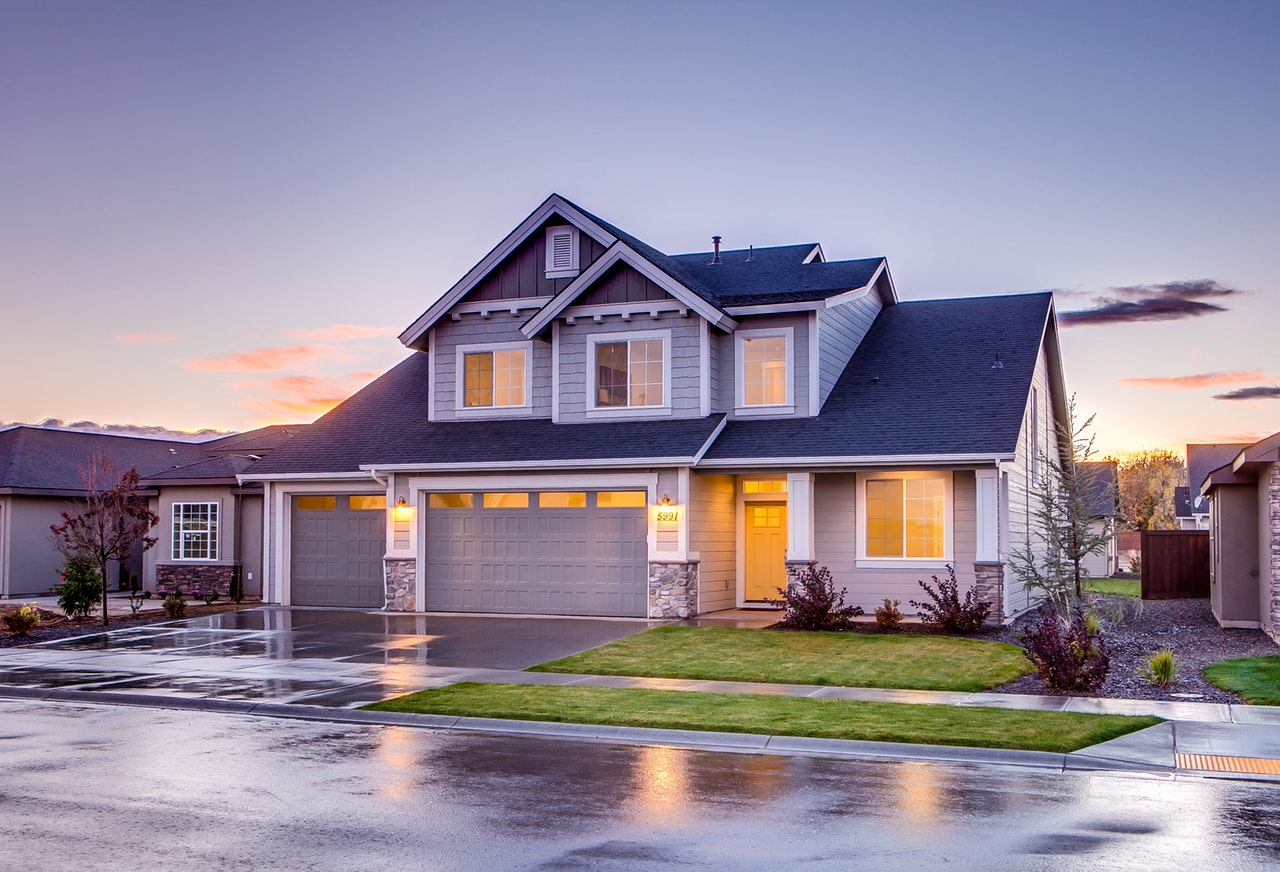 Why Build New Homes in Utah

Building companies and Utah home builders are currently building many new homes in Utah. But why? Below are some of the top factors that make Utah a great place to live.

Low Cost of Living in the State of Utah

Utah is an affordable place to live and provides great living conditions. Salt Lake City is one of the cities where income is rising faster than rent. Compared to New York, the cost of living in Utah is 33.44% lower.

Outdoor Recreation Doesn’t Get Much Better

Not to mention, Utah is known for having “The Greatest Snow on Earth.” Scientific data has proven that the snowfall has the right amount of moisture and crystals to produce the perfect powder for skiing and snowboarding. Four of the top ten ski resorts are a 45-minute drive from Salt Lake and receive an average of  500 inches of snowfall annually.

In 2016, Utah ranked the 9th safest state in the United States. The low crime rate makes new homes in Utah an especially desirable place to live for young families. 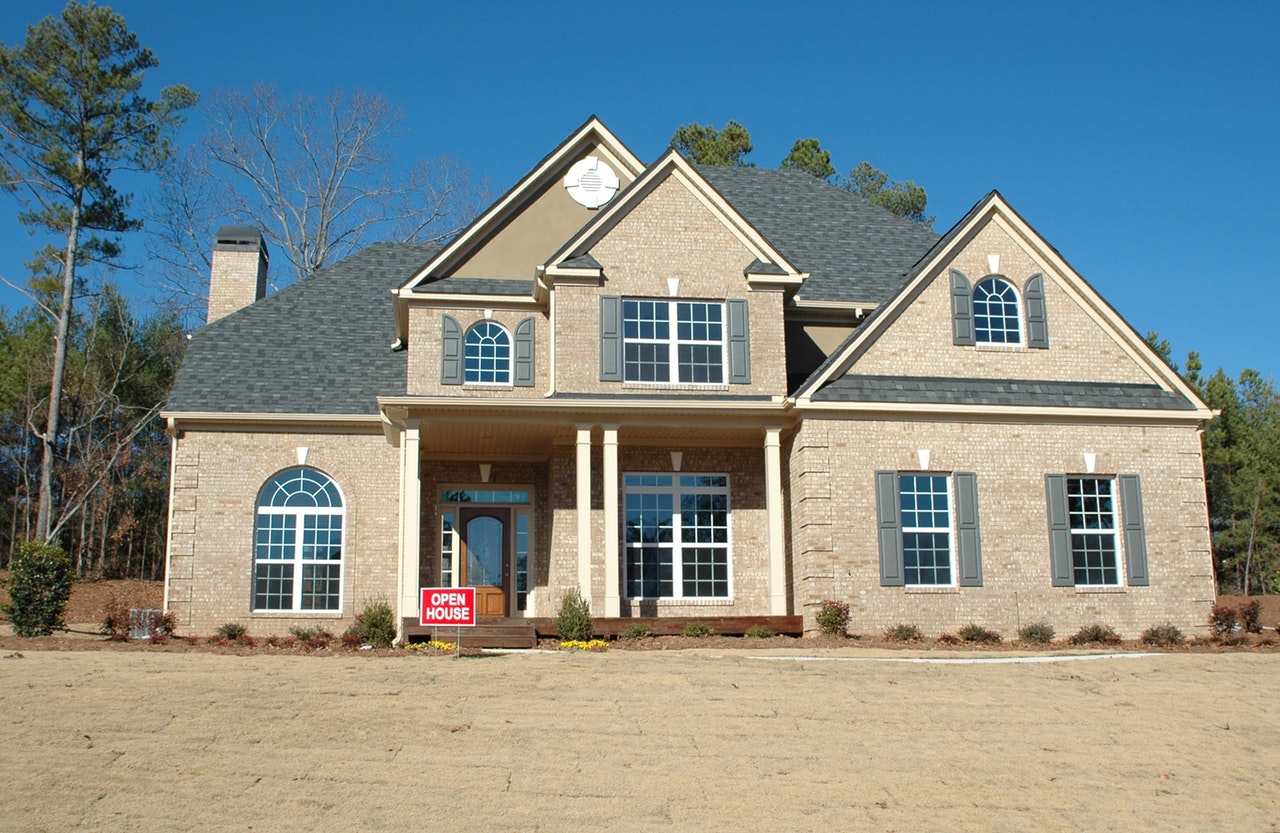 What Should You Consider When Buying a Home in Utah

Before looking at new homes in Utah, there are a few things you need to consider. This list contains a few questions you should ask yourself before building a new home in Utah. If you are still unsure if Utah is the right place for you to live, talk to a home builder in Utah.

Is Utah Weather a Good fit for my Home?

Northern and central Utah locations have long hot summers and long cold winters. This weather is great for skiers and hikers. However, if you can’t stand 100℉ or 15℉, you may want to consider moving to an area with a milder temperature. Warmer temperatures and milder winters do exist in Southern Utah, so you may want to consider talking with Utah home builders there.

But wherever you choose to live in Utah, ensure that your home is built to outlast potential natural disasters. Utah is prone to earthquakes, mudslides, fires, snowstorms, flooding, and severe thunderstorms. In other words, it’s a good idea to purchase homeowner’s insurance for your new home in Utah.

Home builders in Utah also understand the potential risks and disasters that could affect your home. You should talk to them about any concerns that you may have regarding your home’s construction.

Utah has a flat state income tax of 5%. The property taxes in Utah are typically lower, and the sales taxes are average for the US. These taxes may be an adjustment for you if you are moving from a state that doesn’t charge income tax.

What Transportation Services are Available?

Depending on where you live in Utah, transportation services can vary. The majority of residents live in Salt Lake and Utah County. If you are planning to commute to Salt Lake City or Provo via your own vehicle, think about how far your house will be from the nearest highway exit. Utah’s highways do experience rush-hour traffic in the mornings and evenings, so plan accordingly.

The Utah Transit Authority (UTA) offers the FrontRunner commuter train that runs from Ogden to Provo. There is also a light rail system that runs through Salt Lake County up to Downtown Salt Lake City. If you are planning to commute via a rail system, make sure to move to a location that is in close proximity to a station.

Where to Build a House in Utah Valley

Utah has a variety of cities that vary in population, climate, and culture. To narrow down the choices, here is a list of the top three cities to build new homes in Utah:

A California-based Real Estate firm ranked American Fork as the most affordable place to live in Utah. Not only are living costs affordable, but American Fork’s location is convenient for commuters. The city is a 32-minute drive from Salt Lake, and an 18-minute drive from Provo, which are two of Utah’s most popular destinations. American Fork also has a recreation center and offers activities fit for the entire family. The high school especially has strong talent in their music and arts program. 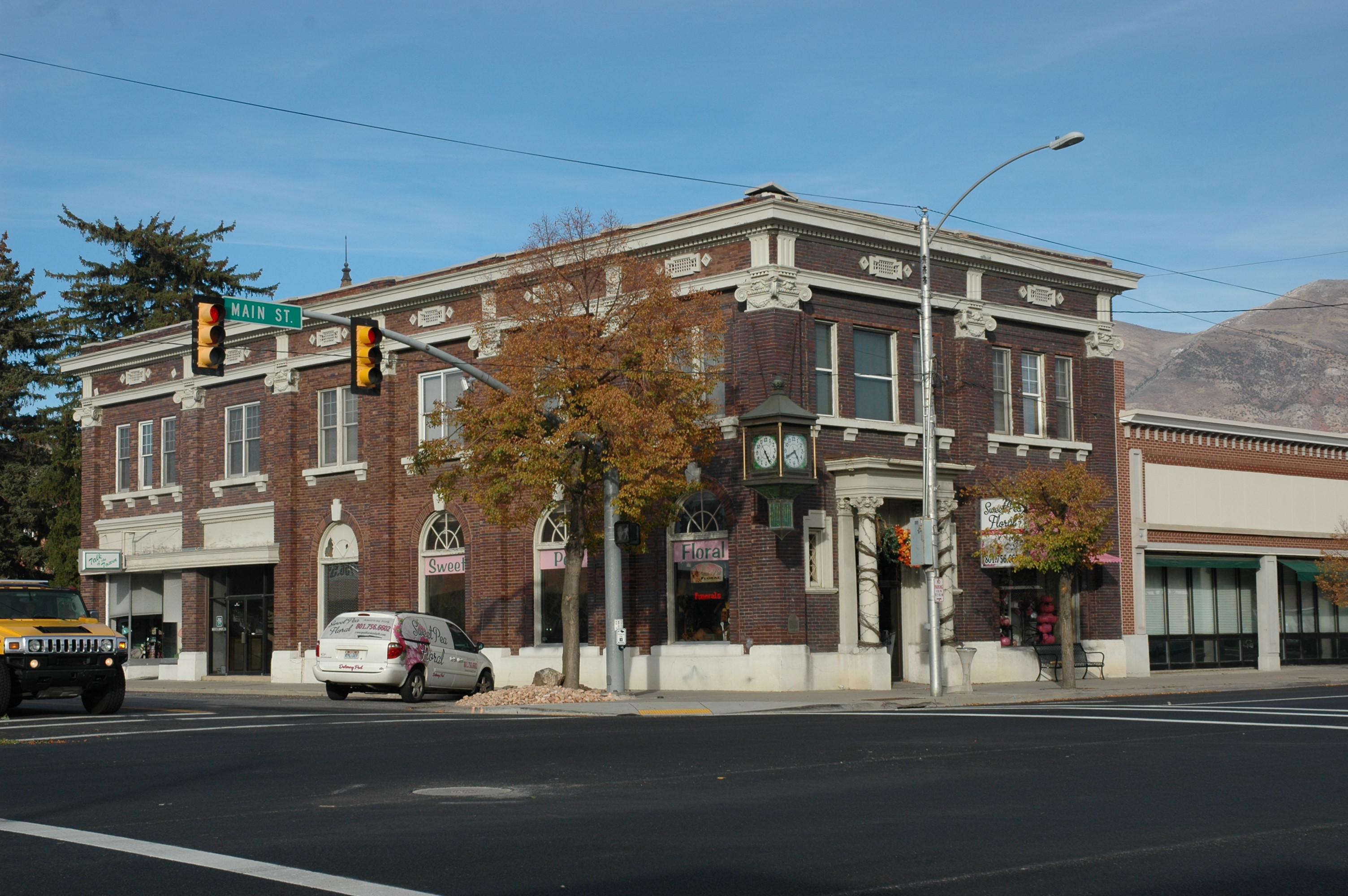 Herriman became an official city in 2001 and has been growing rapidly in the last few years. The back side of Herriman borders Clipper Peak, Lowe Peak, Flat Top Mountain, and other mountainous views to hike and explore. Herriman is on the outskirts of Salt Lake County, but is only a few miles away from the freeway that is a direct route to downtown Salt Lake. Herriman accommodates those who are willing to spend a lot as well as those who are on a tight budget. Home builders in Utah are currently building large luxurious mansions and small modest homes in Herriman. The variety of people, communities, and businesses in Herriman makes it a dynamic place to live.

New homes in Utah are also popping up in Saratoga Springs. Saratoga Springs is located on the shores of Utah Lake, and offers breathtaking views of the lake. The city not only has access to the main 1-15 freeway but also to popular highways such as Redwood Road and Bangerter Highway. Saratoga Springs is one of the fastest growing cities in the U.S. When it was first founded in 2001, the population was 1,701. But in 2016 it was reported that the population reached 26,887. With a great location, family-friendly community, and rising population, it’s no wonder Utah home builders are focusing on this area.

When the time comes to build, consider all Utah home builders, and choose a company that you can trust. As you work with your building company, remember to consider the type of community you want to build in, the design of your home, and how you will finance it. 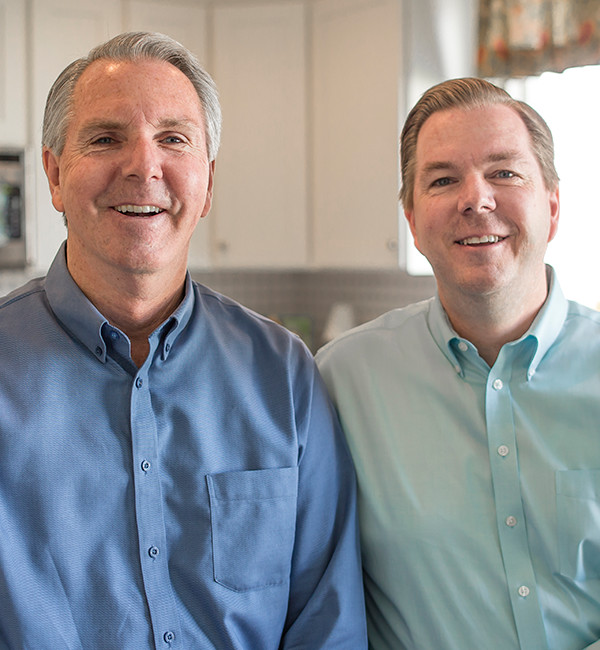 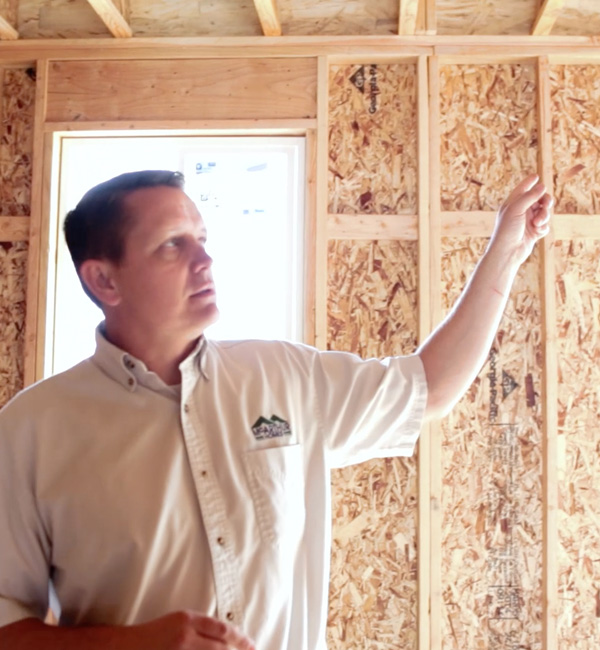 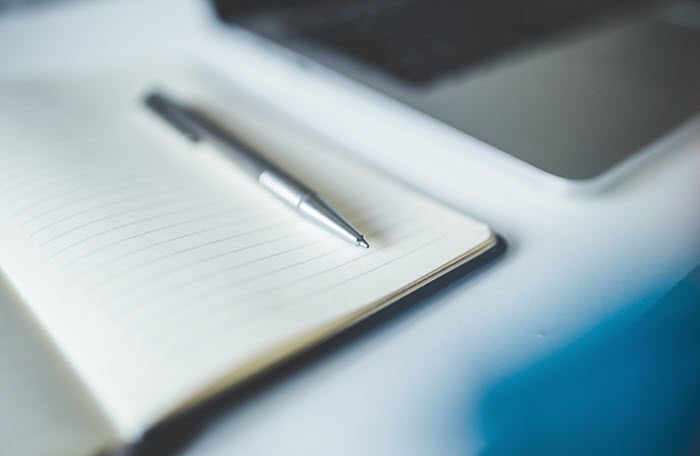 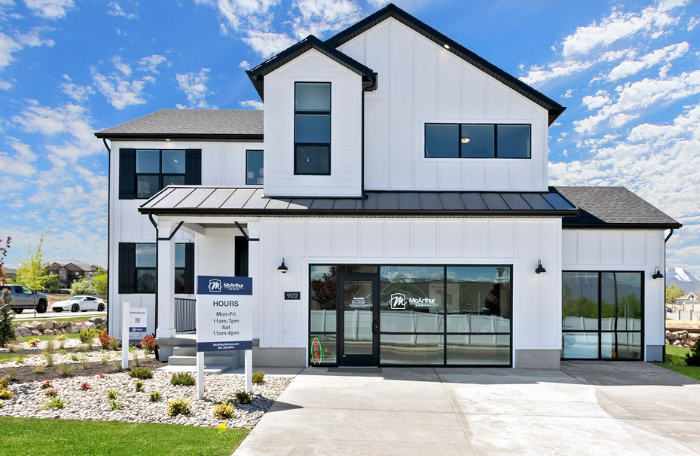